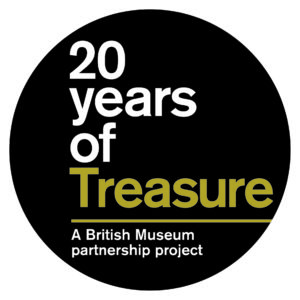 This year marks the 20th anniversary of the commencement of the Treasure Act 1996 in England, Wales and Northern Ireland. In this time over 11,000 Treasure finds have been reported under the Act, presenting local museums with an opportunity to acquire important objects from all periods of British history. Treasure objects, including those not acquired by museums, have a permanent record on the Portable Antiquities Scheme online database. 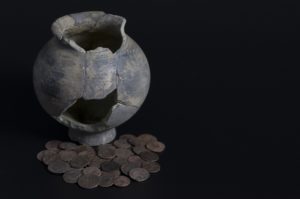 To celebrate this anniversary the Portable Antiquities Scheme have developed a 20 Years of Treasure display which is currently on display in the Yorkshire Museum. This display highlights some of the interesting and often important objects from all periods of British history which have been acquired by the museum under the Treasure Act. The discovery of these amazing objects allows museum collections to be continually enhanced with gold, silver, and coins which help to tell the unique local stories of the places they were found.

The display features coin hoards and modified coins which illustrate the complex nature of these familiar objects, as well as dress accessories which highlight changing fashions and trends. A group of objects which show political affiliation through personal adornment are on display and a variety of decorative techniques are also explored.

This display is open to the public until 3rd December 2017. 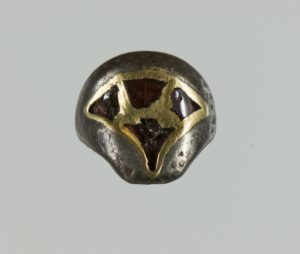 Alongside the display we have designed a Treasure Trail which brings together those Treasure objects on view in the various galleries of the Yorkshire Museum. The spectacular Towton Torcs, gold Iron Age armrings, can be seen in the first floor gallery and the Wold Newton Hoard, the largest of its period found in northern Britain, containing 1,857 copper coins is on display in the Roman Gallery.

The trail also includes some of the stunning objects on display as part of the museums Viking: Rediscover the Legend exhibition such as the Vale of York Hoard, one of the most important Viking discoveries ever made in Britain, and the Whitley Brooch displaying a distinctly Scandinavian design. Maps for the trail can be collected from the 20 Years of Treasure display in the museum foyer. 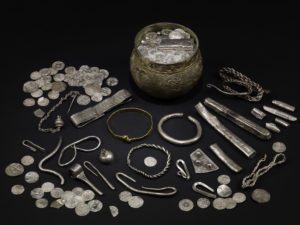 Finally, we have organised a conference to be held on Wednesday 11th October 2017 at the Yorkshire Museum. This conference will consider Treasure now, and look at what has been learnt in the past 20 years. There will be particular focus on discovery, acquisition and interpretation with relevant case-studies. The conference will also look forward, considering the potential of Treasure in the years to come. The conference is free and you can register to attend here: 20 Years of Treasure Conference.